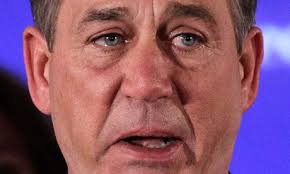 This is Day 12 of the shutdown and just four days away from the default on the U.S. debt. Americans in all states are hurting. The stability of the nation and the global economy are tethered to the action of a single person: Speaker of the House John Boehner.

The U.S. House of Representatives under Boehner has become a single party majority. The Democratic minority has been thwarted from presenting a motion to open the government. In fact, the Speaker changed the House Rules making it impossible for any member of the House to call up any motion that would open the government. There are two exceptions to Boehner’s new rule: the Speaker and his designee, House Majority Leader Eric Cantor. Thus, two men of the 435-member House effectively control the operation of the federal government. Both Boehner and Cantor recessed in early afternoon and closed down the House chambers. They have insured that the federal government will remain closed. 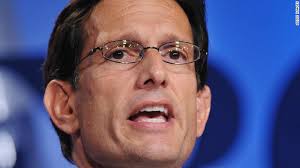 Possible impeachment charges against John Boehner have been circulating in the digisphere for a while now. This has yet to become a favorite topic among mainstream media, which continue to cast the shutdown as party rivalry and not as misuse of power by the GOP.  Nonetheless, as the Day-of-the-Debt-Ceiling approaches and Boehner remains intransigent, the calls are becoming louder. As his deputy and agent, Eric Cantor is also suspect.

Accusations against the Speaker and the Majority Leader target possible violation of three sections of the U.S. Code. These are 18 USC § 2383 – Rebellion or insurrection, 18 USC § 2384 – Seditious conspiracy and 18 USC § 2385 – Advocating overthrow of Government.

Before any charges can be argued before a trial in the U.S. Senate, Articles of Impeachment must clear the House. This brings up a crucial question; one that will decide whether Boehner or Cantor will ever face such charges..

The President, Vice President and all Civil Officers of the United States, shall be removed from Office on Impeachment for, and Conviction of, Treason, Bribery, or other high Crimes and Misdemeanors.”
— U.S. Constitution, Article II, section 4

The Constitution lays out the process for impeachment, dividing it between the two bodies of Congress.

Articles of impeachment begin in the House and can originate from any member. However, before the impeachment can reach the Floor for a vote, it must be investigated by a special committee within the Committee on the Judiciary.

In the 113th Congress, the GOP are the majority party and as a result, Republicans hold positions of power as committee Chairs and outnumber Democrats in most committees. The Judiciary committee is composed of 23 Republicans and 17 Democrats. Chair Bob Goodlatte is a Republican and the Ranking Member John Conyers is a Democrat.

As can be seen, the numbers alone will make it very difficult for articles of impeachment to make it out of committee. A dramatic shift among GOP committee members would be required. With members like Ted Poe, Louie Gohmert, Steve King, Darrel Issa and Doug Collins, the possibility of such a mutiny shrivels into the negative.

However, even if the Judiciary Committee revolted against its leaders, the articles of impeachment would then require a majority vote by the full House. Again, the political reality makes this vote a near impossibility. The House Republicans have thus far refused to sign on to a discharge petition to re-open government. Individual Republicans (24 at last count), have publicly called for the “clean CR” vote. But when pressed to put it in writing in a discharge petition, their will evaporates. GOP party unity is the equivalent of super glue.

Thus, because of the steadfast loyalty of the House GOP to Speaker of the House John Boehner and Majority Leader Eric Cantor, it is highly unlikely articles of impeachment will ever make it to the House floor, and if such an anomaly did occur, it is doubtful the vote would pass.

Bottom line: they are safe.