I grew up in North Florida AKA Southern Georgia, where poor, uneducated, perenially bitter white people hate people of color and anyone who in some way aggravates their festering sore of hatred. We call these people “white trash.” They know who they are and we know how to identify them. 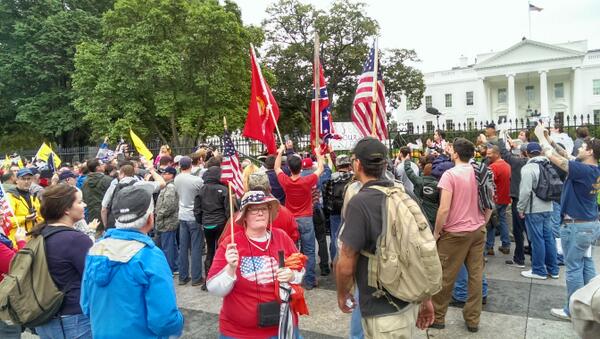 It’s hard to believe that at one time, this part of the country was haven to free people of color. It’s equally hard to believe that 150 years ago, when this was known as Spanish East Florida, it was home to many a biracial family. Spaniards married whites, whites married Creek, Creek married mestizoes, mestizoes married black people. It was a colorful admixture albeit wild and ungovernable.

All that changed when Florida joined the Union. The new Governor, a violent racist by the name of Andrew Jackson,  started the decline when his soldiers decimated Ft. Mose, a settlement of free people of color. Then the new legislature forbade intermarrying. The houses of families that had long settled East Florida moved to Canada or the islands rather than split up their families.

I can still recall my grandmother, a third generation Floridian, using the “N” word. She spoke it as normally as she might say “oranges” without rancor but in an undeterred, settled voice. It was the voice of the master speaking. My mother, thankfully, brought me up to be color blind. She rebelled against her mother, against the family racism, against the entrenched bigotry, against those Southern ideals that held nonwhites as lesser-thans.

Bigotry is alive in North Florida. It has dripped through the veins of white families, those Daughters of the Confederacy. It’s wrapped up in the boiling hot mad klansmen who stake out small places like Kissimmee and Ocala. It has degenerated into neo nazis, bald-headed thugs who wear steel-toed boots for kicking, who bully and beat pitbulls and then gamble their earnings on dogfights in Keystone Heights.

They are the “good old boys” at the bar and the genteel who drink cocktails at their segregated clubs. They are in public education, private schools, Christian schools, homeschools, the Winn Dixie, the beauty parlor, the First Baptist Church, the State Legislature and the Governor’s office. And now, they have traipsed their nasty anachronistic selves to the gates of the White House.

White House meet White Trash.  This is the dustbin, the underarm, the leftovers of the nation. And still, you are their President.