Any Supreme Court nominee of mine will make overturning Citizens United one of their first decisions. 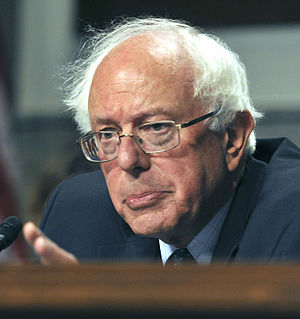 Bernie Sanders is ignorant about the basic governance of the United States.

Here’s a primer for Bernie as he campaigns for President of the United States.

The authors of the Constitution, in their goal to thwart tyranny, determined that the government should be divided among three separate branches: the legislative, executive and judicial.

These independent entities work as a check and balance system so that no one branch held sway over the others. In other words, to prevent a dictatorial government.

When the principle of judicial review was established with Marbury v Madison, the high court gained equal footing with the other two branches. The principle allowed the Supreme Court to examine laws of Congress and executive actions and rule on whether these were in alignment with the Constitution.

In simple language, the Supreme Court Justices are independent of the President and Congress. It does not bend to the will of a President.

A few other notes for Bernie…

The Supreme Court chooses which cases it will hear through an a priori process. Not every case will be heard. In fact, of the hundreds of suits brought to the Court each year, only a small percentage is entertained by the Justices.

A single Justice cannot effect a ruling except in a split decision.

This is a quick refresher, Mr. Sanders. I suggest you seek advice from a Constitutional expert for a deeper understanding. Perhaps President Obama would be willing to give you a little time.