Bernie Sanders’ list of current endorsements is a short one and notable for the paucity of support from elected officials. These endorsements (aka The Invisible Primary) are a traditional gauge to judge the willingness of a political party to work with a candidate. These exist on both sides of the aisle, and the higher the endorsements, the more acceptable a candidate is to the party leadership and its ranks. 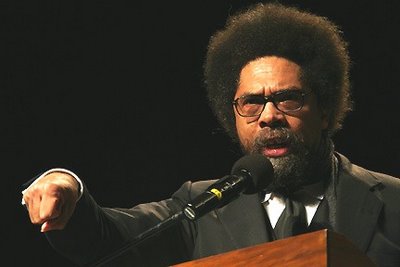 Perhaps the most noticeable and controversial of Sanders’  backers is Cornel West, a black academic and author, who is known for his denunciations of President Obama (see video below and here and here.)

West is also a longtime member of the Democratic Socialists of America, a socialist organization. Sanders is also listed as a “Prominent Member” of this group.

While Sanders often boasts that he receives no support from political action committees, his claim is unfounded. National Nurses United qualifies as a PAC, and is actively engaged in promoting Sanders’ campaign.

Recently, this group came under attack for its tweet on a Q&A  purportedly instructing its white supporters on how to talk to black women. (Below) The tweet was deleted after a firestorm of outrage for its racist content.

Additionally, these groups are also listed as campaign donors:

Below is a list of organizations and individuals who have endorsed Bernie Sanders:

This YouTube video of Cornel West was recorded June 2015 in an interview with CNN. In it, West calls President Obama the “first niggarized black President” who fears white supremacy.