The Bernie Sanders campaign has met its comeuppance. It arrived with a special blessing and a loving recommendation.

The Pope ploy (#Popegate) came crashing down in mid-air. It followed a week of boisterous headlines from the Sanders camp promoting his supposed meeting with the head of the Roman Catholic Church, complete with side-by-side photos of the Pope and Sanders.

Pope Francis spoke truth-to-power in an airplane interview, telling the world that there was no political discussion with Bernie Sanders. No, it was a polite greeting and a handshake. And for anyone wanting to translate that into a top-level, tete-a-tete with important political significance, well, the Pope recommends a “psychiatrist.”

There is something particularly tragic about the Pope’s light-hearted dismissal of Bernie Sanders. It has the imprimatur of finality. 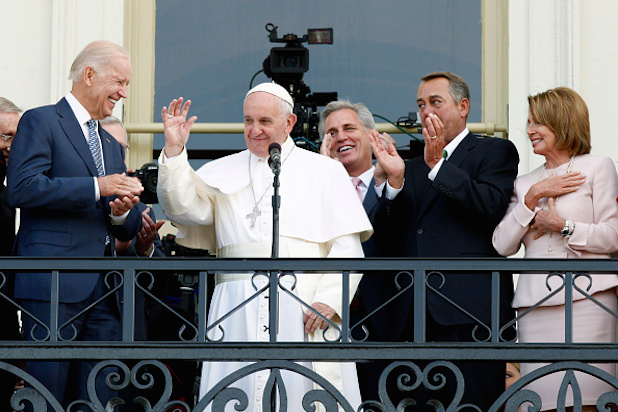 Here is a man revered across the globe by Catholics and non-believers, a humble man who brings a look of radiance into the eyes of the powerful and causes others to break into tears and announce a hasty resignation. He can disarm bluster with a chuckle, put rumors to sleep and distance himself from the opportunist.

No, Pope Francis does not suffer fools. But he will offer a kind recommendation.