Now in its third hour, the Democrats Representatives of the U.S. House are engaging in an old tactic – a sit-in – in a historic move to force the GOP-controlled body to bring common sense gun bills to the floor for a vote.

The sit-in commenced. Four hours later, and no CSPAN coverage permitted by Speaker Ryan, Periscope came to the rescue. This medium set-up a channel to follow this precedent setting, collective civil disobedience.

With official broadcasts suspended in the House, we’ve created a channel to follow #NoBillNoBreak on #Periscope live pic.twitter.com/1xM0QGqvzh

All of the 75+ members of Congress (all Democrats) participating in today’s sit-in for gun control #NoBillNoBreak pic.twitter.com/vTem7oez3t

House Speaker Ryan went on national TV and called it a “publicity stunt.”

National media organizations, those watchdogs who dare to enter the bloodied landscapes of foreign countries devastated by war, have lost all courage. Should Americans call on Reporters Without Borders to life th GOP-imposed blackout? Ponder that. Meanwhile… 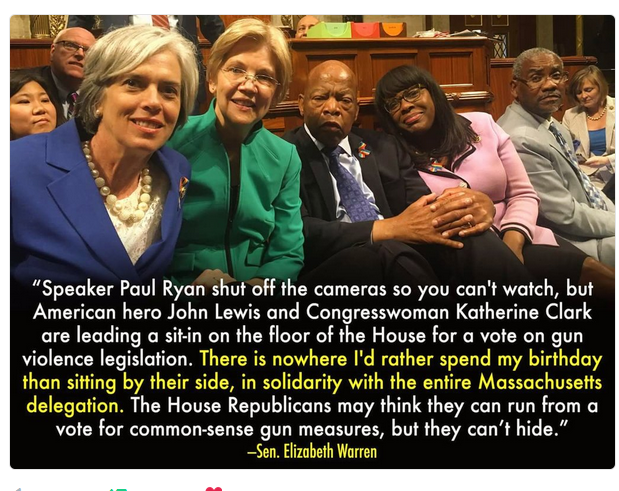