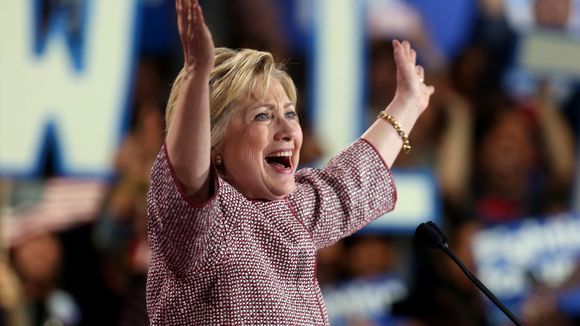 All disclaimers aside, the polls are looking very bright for Hillary Clinton right now.

Nationally, she is ahead of the GOP nominee by 8 points according to a conservative average of polls by 270 To Win.

However, just today a poll by the Wall Street Journal/NBC launched her into a double digit lead. In a head-to-head match up, Clinton clobbers Trump by a 14-point advantage.

When the Third Party candidates are factored in, Clinton still surpasses Trump with an 11-point lead among likely voters.

If these polls transfer to the ballot box and the electoral college, Hillary Clinton will earn the title of 45th President of the United States.

While her Republican rival has a favorable rating in 23 states, they cannot deliver the electoral votes needed for a win, and likely will not produce a popular vote advantage on November 8.

In a state-by-state breakdown, compliments of 270 To Win, Clinton is leading in 26 state polls. If these polls translated into actual wins on November 8, Clinton would knock-out Trump with 338 Electoral College votes.

Do your happy dance – but keep your feet on the ground. It’s not over yet.