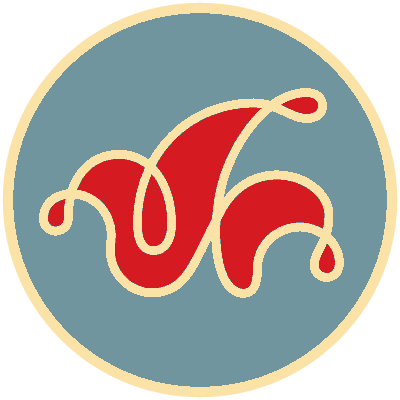 I first saw the news on the BBC‘s  online site around midnight. The hactivist known as “The Jester” hacked a Russian government website – retaliation against that country’s interference in U.S. elections.

I found it again on CNNMoney. But links detailing the escapade transformed from live links to 404s (Page Not Found).

So before this is washed from the internet, here’s a four-part screen print of the CNNMoney story.

This is part of the fun surrounding The Jester. But according to reports stretching back several years, The Jester is no fool. He or she has defaced or destroyed ISIL recruiting sites and plugged up Wikileaks’ internet connection. That last exploit has special significance today with the Assange collective dribbling out private email hacked from the Clinton campaign.

To get a little more insight into The Jester, check out this 2015 profile and this article from 2012.

Here’s the CNNMoney article, dated 22 October at 11:53am – it may go missing tomorrow. 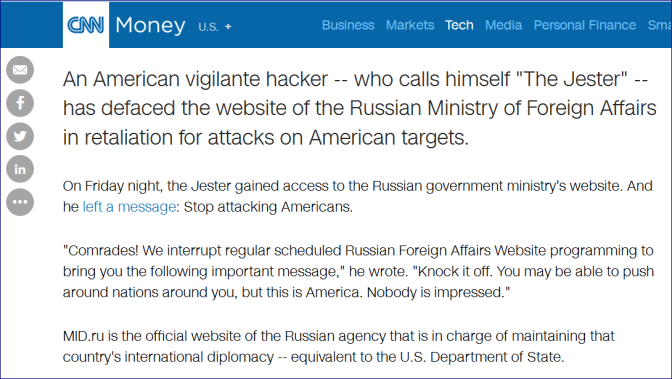 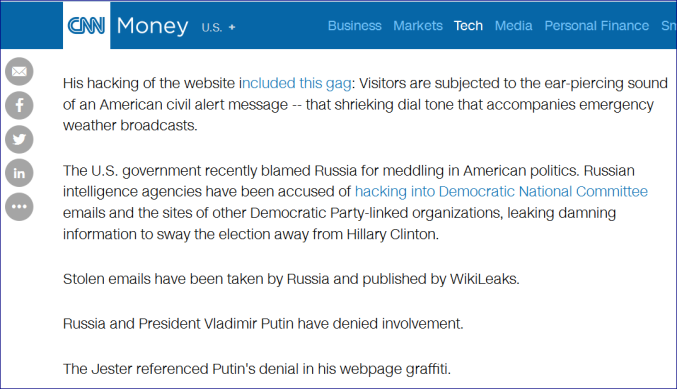 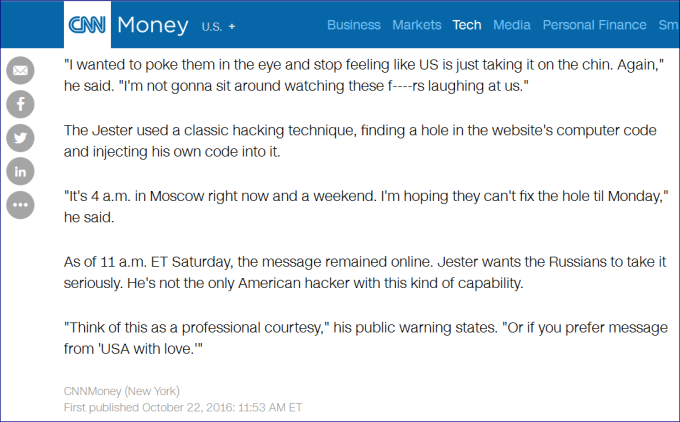