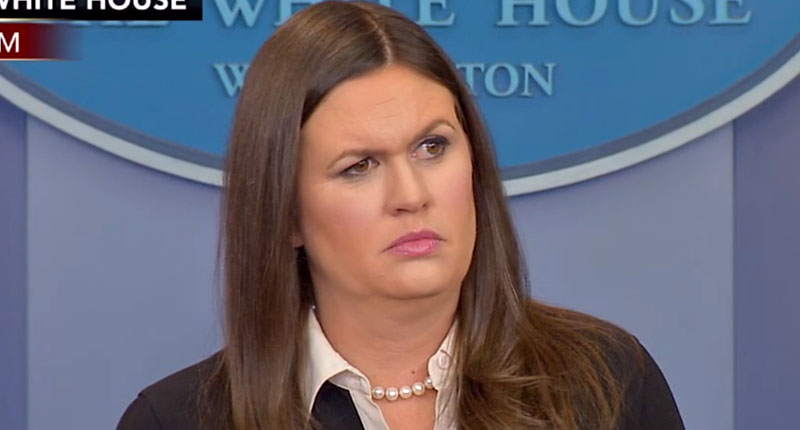 Sarah Huckabee Sanders’ eyebrows are a distraction, and as spokesperson for Trump, she’s unreliable, but her father Mike Huckabee’s DNA may be a contributing factor. A decade ago on Feb. 7, 2008 Huckabee said: “When I was in college, we used to take a popcorn popper . . . and we would fry squirrel.” — Mike Huckabee on Friday, January 18th, 2008 in an interview on MSNBC’s Morning Joe. … “With hot biscuits and gravy and fried squirrel and corn on the cob – it’s like dying and going to heaven!”.

And to show that the apple doesn’t fall far from the tree, Sarah’s brother David killed a dog at an Arkansas Boy Scout camp in 1998, while he worked as a counselor.  Two weeks before his 18th birthday, David allegedly hung and stoned to death a stray dog.  The Arkansas state police denied an animal rights group the records they sought about the dog-killing.

What a family.  What a charade.  What a cast of grisly, psychotic characters with Sarah selected to be the anti-Spicer remedy for making Trump credible.