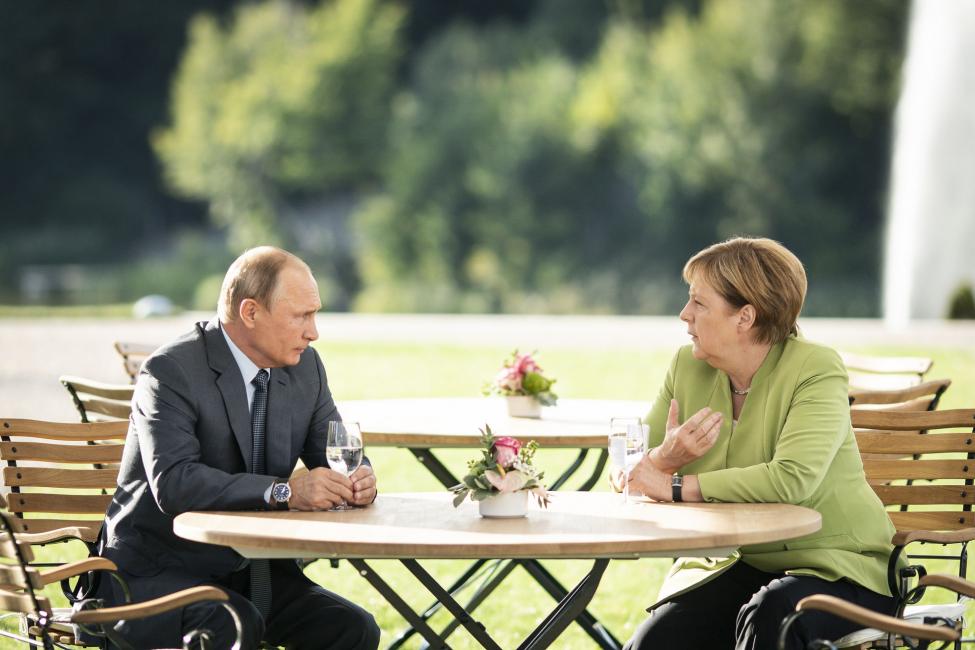 Last Saturday, the president of the Russian Federation traveled to Berlin at the invite of German Chancellor Angela Merkel. By all appearances, the two heads of state engaged in civil chit chat, sitting in the sunshine, separated by a bouquet of fresh flowers.

A world away, a barely literate hulk of a man is hunched over his cell phone, somewhere in the depths of the White House, surrounded by sycophants and fried chicken.

Merkel and Putin were discussing a Russian-German gas pipeline called Nord Stream 2, a project that would channel natural gas from Russia to Germany through the Baltic Sea.

This was their first bilateral visit in five years, since Putin illegally annexed Crimea – a move strenuously objected to by Merkel and leaders of the free world. The meeting marked a slight improvement in their relations.

The man with the cellphone was on a Twitter rant, decrying social media and the American press. Two networks fell under his scythe of rage: CNN and MSNBC. They were engaged in sick behavior, said Donald Trump.

Then apparently aware that his idol was meeting with Merkel – and he was not – Trump threw out this nonsensical tweet:

All of the fools that are so focused on looking only at Russia should start also looking in another direction, China. But in the end, if we are smart, tough and well prepared, we will get along with everyone!

That was followed by a one minute video of Donald trolling Merkel and Putin with boasts about his sanctions.

In Berlin, talks wrapped up. No conclusive decision made but a step forward in progress.

Donald turned to lambasting the former head of the CIA and the White House lawyer, whose cooperation with the Special Counsel consumed American news.

This dysfunctional reality is our reality.