I am throwing my recommendation behind BotSentinel.com, an Add-on for Firefox and Chrome users that will “automatically detect political trollbots and fake news accounts.” The easy to use app is the creation of Christopher Bouzy and uses “machine learning and artificial intelligence to identify and track disruptive Twitter users.”

The program’s website also lets you check users without embedding the app in Twitter, and provides loads of data on the state of fake news and trollbots. As with all such programs, the results are not 100% certain.

Bouzy includes his own judgment to slap a Fake News Account label on Twitter personalities. However, these three look pretty accurate to me. 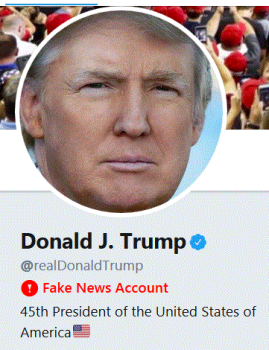 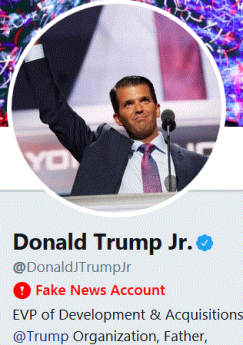 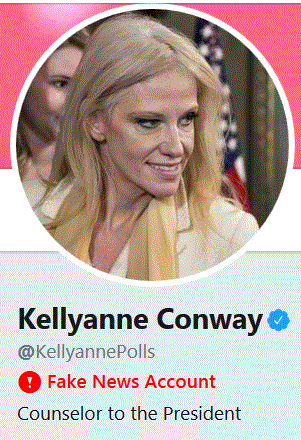 I downloaded BotSentinel as a browser add-on so when I opened Twitter, it was already embedded.

The profile of every account has a button to check the user.

If you are in a Twitter thread, a gear symbol below a tweet also allows you to check a user.

After analyzing the account, BotSentinel pops up a box like the one below. I still do not know how to report trolls to Twitter. Maybe Spam?

I could spend an entire morning checking accounts, starting with my own Followers. Fortunately, once someone checks an account and it’s analyzed as a TrollBot or Fake News, then the label is out there in the Twittersphere, saving me time and effort. However, you will not see this if you do not use BotSentinel.

Now if Twitter would put this method to use!