September 2018 is full of remarkable events. Some are receiving excessive news coverage. Others are neglected. In normal times, each headline would take priority for days, weeks or months. In this New America, extraordinary events are relegated to Breaking News clips, jammed into one-hour segments of other Breaking News.

However, the daily September news stories point to a dramatic shift in the fate of Donald Trump, his enabling Cabinet and the GOP Congress.

Here is a chronological breakdown of those extraordinary events:

September 1: Russian military aircraft capable of firing nuclear warheads are chased away from Alaska by NORAD intervention. This marks the first time in nearly two decades that Russia has threatened to cross into our airspace. This scenario is repeated ten days later. MORE INFO HERE

September 2: Senator John McCain is laid to rest at the Naval Academy in Annapolis, MS.

September 4: Advance copies of Bob Woodward’s account of the Trump administration, Fear, are released to select media. The heavily documented book by this investigative journalist rips Trump for his incompetency and includes remarks by Cabinet members belittling Trump and his fitness for office.

A central theme of the book is the stealthy machinations used by those in Trump’s inner sanctum to try to control his impulses and prevent disasters, both for the president personally and for the nation he was elected to lead.

September 5: The New York Times publishes the scathing op-ed by a “senior administration official” that claims an internal resistance and a two-track presidency exists within the administration and that officials routinely work to thwart bad decisions by Trump in the interests of national security. The identity of the anonymous author results in denial statements by various members of the Trump Cabinet, including the Vice President. MORE INFO HERE.

September 5: Category 3 Florence is reported as the first major hurricane of the season. MORE INFO HERE.

September 6: Democrat senators on the Judiciary Committee vow to release documents labeled as “committee confidential” at the risk of ouster from the Senate. SEE VIDEO HERE. 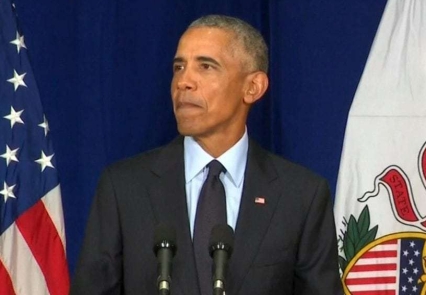 September 8: Former President Barack Obama enters the US scene after nearly two years of silence. His talk before students at the University of Illinois-Urbana Champaign is the start of his campaigning on behalf of Democrats for the 2018 Midterms.

“What happened to the Republican Party?” he said. “Its central organizing principle in foreign policy was the fight against communism and now they are cozying up to the former head of the KGB, actively blocking legislation that would defend our elections from Russia attack. What happened?”

September 11: For the second time in ten days, F-22 Raptors intercept two Russian military aircraft capable of firing nuclear warheads. The Russian bombers were detected near the perimeter of Alaska and required an immediate intervention by NORAD. MORE INFO HERE

September 12: Trump signs an Executive Order Imposing Certain Sanctions in the Event of Foreign Interference in a United States Election.

September 13: The Commander of NORAD and the US Northern Command along with the Assistant Secretary of Defense hold a press conference regarding preparations for Hurricane Florence and follow-up with a tweet.

September 14: Paul Manafort, the former campaign chair of Donald Trump, enters into a plea deal with Special Counsel Robert Mueller. The news shocks Washington DC and includes Manafort pleading guilty to all charges against him and agreeing to fully cooperate with the Special Counsel in his investigation. MORE INFO HERE.

September 14: The New Yorker‘s Jane Mayer and Ronan Farrow report on a letter alleging sexual misconduct by Brett Kavanaugh while he was a high-school student. Kavanaugh’s accuser requested that her name not be revealed. Mark Judge, a friend of Kavanaugh, is named in the letter as being present when the assault allegedly happened.

In a statement Kavanaugh said, “I categorically and unequivocally deny this allegation. I did not do this back in high school or at any time.” MORE INFO HERE.

September 14: The Commander of NORAD and the US Northern Command repeats that the Department of Defense is “prepared, positioned and ready to respond immediately,” in a presser related to Hurricane Florence.

"DoD is prepared, positioned, and ready to respond immediately for affected communities," said Gen. O'Shaughnessy, commander of NORAD and USNORTHCOM, during a press conference held today regarding Hurricane Florence. To view the press conference go to: https://t.co/pOucKQhYkX pic.twitter.com/mx6ECdqG5e

September 15: The U.S. Northern Command releases another statement (Release No: 18-012) emphasizing it is “Positioned To Respond.” MORE INFO HERE.

September 18: Former Presidential nominee and Secretary of State Hillary Clinton releases the paperback version of her book What Happened with an expanded Afterward warning of a decline in democracy due to Trump. Clinton is interviewed on the Rachel Maddow Show, her first appearance in a year. SEE VIDEO HERE. 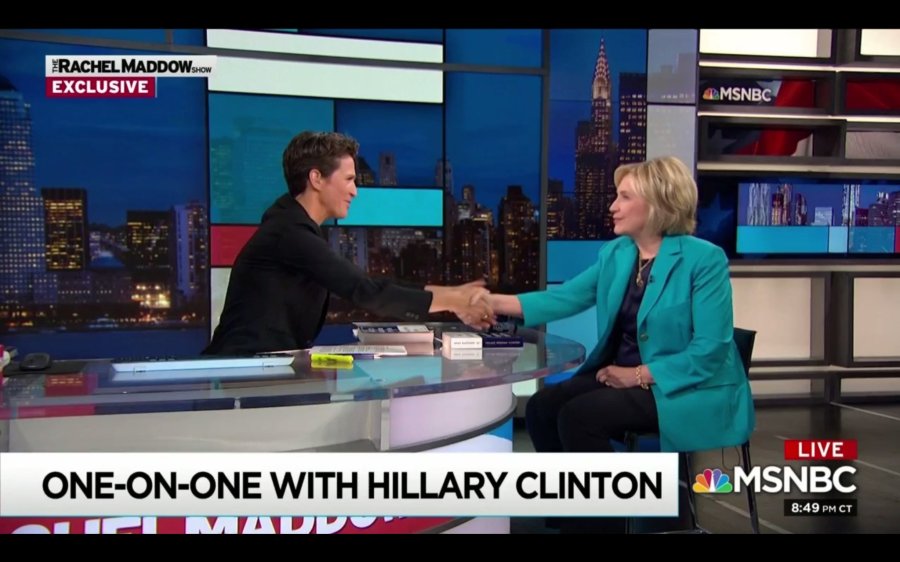 September 20: Jack Ma claims that he cannot fulfill his pledge to create a million American jobs due to the US-China trade war. MORE INFO HERE.

September 20: News breaks that Michael Cohen, the former personal lawyer for Donald Trump, has met with and is cooperating with the Special Counsel. MORE INFO HERE.

September 21: Hillary Clinton on The Late Show with Stephen Colbert makes a very important point. In her legal opinion (Yale Law School graduate), if a president commits crimes before s/he is elected, then those crimes are subject to an indictment. This is at the heart of the Mueller investigation of conspiracy with Russians to interfere in the 2016 election. If there is evidence of such conspiracy, then Trump can be charged with this crime.

So here we are with days remaining in this month of astonishing leads, unable to guess the next Breaking News story.

Two events strike me as most unusual in these past twenty days: the two intrusions by Russian military aircraft and the historically unusual public presence of NORAD in responding to a hurricane. Was its repeated pledge of readiness directed at Russia? Add to these events the fact that Trump made no public statement declaiming Russia’s encroachment and the mainstream media was MIA with coverage. Had NORAD not posted its own announcements, how would these intrusions be known? Contrast this with the condemnation of the UK Defense Minister when Russia flew two supersonic, nuclear-capable bombers near Scotland ten days later.